As elsewhere in the world (we in the U.S. and much of Europe are the exceptions),  the community, led by older women, trains the young in doing laundry, fetching water, maintaining a cooking fire and, of course, cooking.  Children as young as 3 years of age are already apprenticed in these careers. 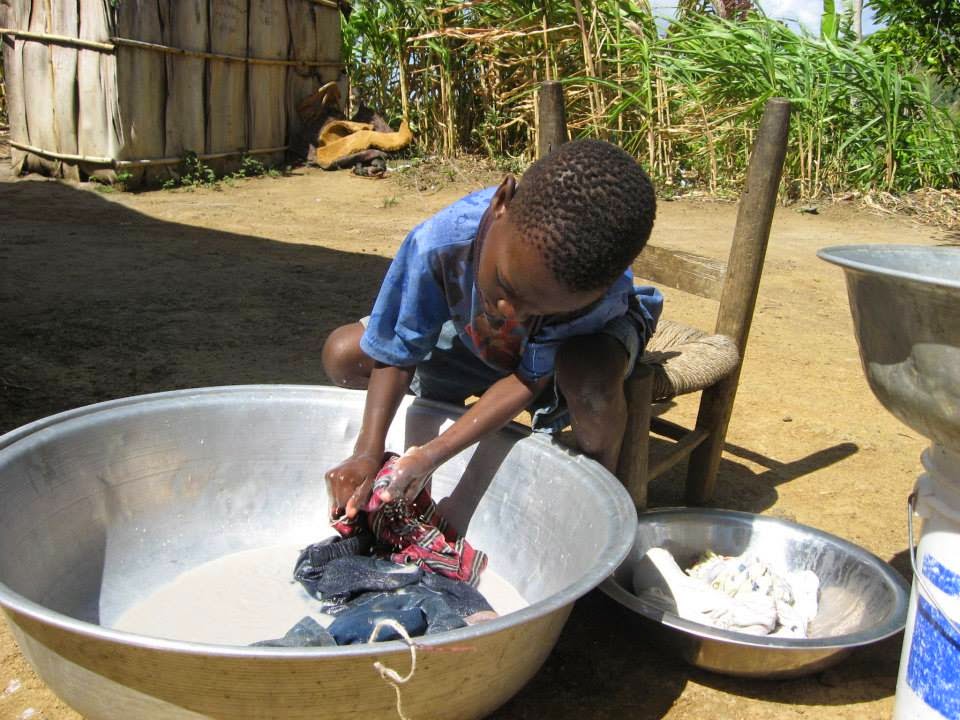 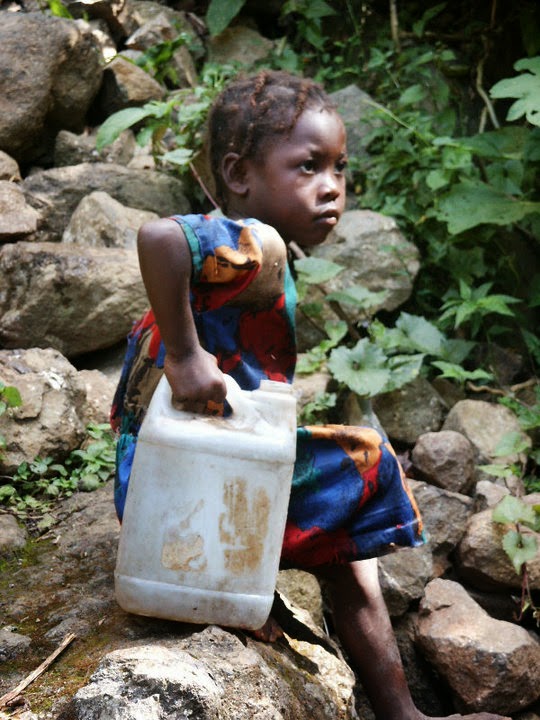 Here is the boy next door, 8 or 9 year old W. (No one is tracking age here.) A frail orphan, left with his maternal grandmother  here in the hills, W. assiduously does laundry, and looks after toddler cousins.  As visitors from a country where childhood is sacrosanct, we are aghast.  What is the take-away?  Are there appropriate responsibilities, expectations for our own children, in the context of our schooled, technology-driven economy and world?  Something lost as we move up and away from dirt floors, hand washing, barefoot trekking in cornfields...?

Everywhere I look in the mountains - and indeed, throughout the coastal towns of Haiti and its capital, Port au Prince as well - you can see W., all the W.'s of the world, in fact - thin limbs, protruding tummies, reddish hair.  Over time, this threatens to numb me.

The table rocks as I write - the dirt floor is uneven, and the bits of cardboard, paper and folded pages of a New York Times placed under wobbly legs never seem to balance right. 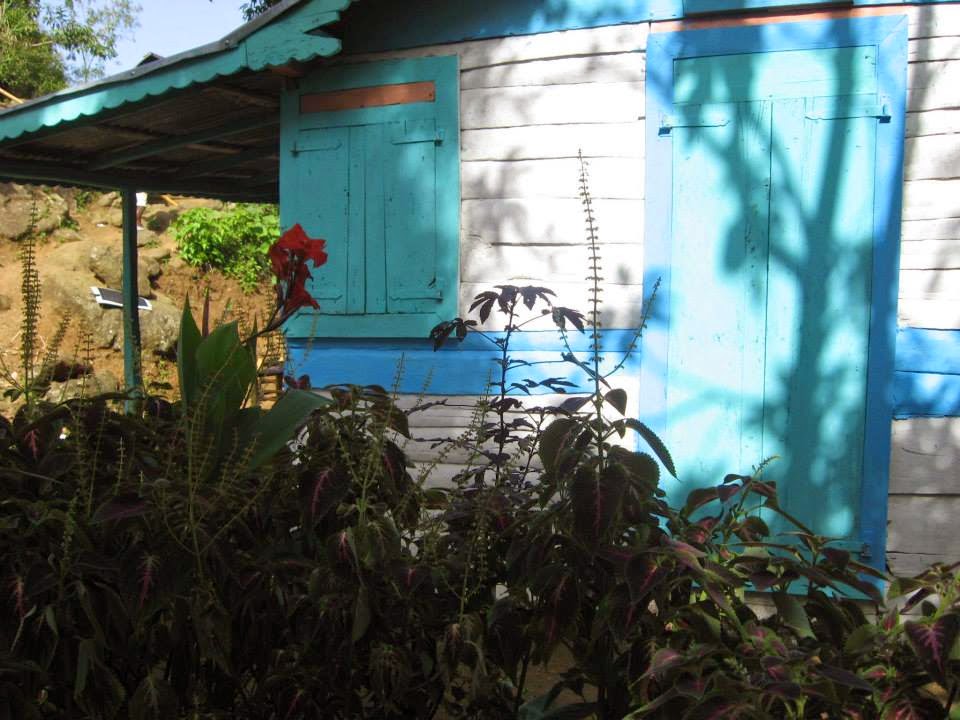 Excuses, excuses.  Uninspired litany of phrases on my yellow pad. A glossy oilcloth table cover I’d brought to this part of rural Haiti several summers back was another distraction.  My mountain retreat is my “Walden,” up here above the plain of Leyogan, where all the chickens are free range and folks take a bath once a week whether they need it or not…

But, I pushed on.  As an anthropologist - a writer? reporter? - I felt morally, academically, ethically obligated to write, to record, narrate the minutae of daily life, the dramas that paraded in front of my wooden doors, that peered in through window shutters, that called, “Ohne?  Ohne?” and demanded the response, “Respe, Respe,” according to Kreyol expectations.

Honor.  Respect.  “Anyone home?”  “Yes, come on in,” is the call-and-response of formality, but most of my vwazen, my neighbors, don’t bother.  Mostly folks just come in  and pull up one of Sinelon’s rickety chairs and sit around.

While I try to concentrate, write and record, and still stay polite at the same time.

When I am not polite, I am excused.  After all, I’m a blan, a foreigner, a visitor.  What can you expect of us brash clods from Ozitazini, the United States?

I’m a guest here, but this small bungalow of sorts I always rent from Mesye Sinelon is my “permanent” vacation home, so to speak.  The tin roof is fairly new, as Sinelon never fails to remind me, and it doesn’t leak.  The sound of rain on the roof, now that alone is worth the price of admission to my mountain aerie, 3500 feet or so up from the flatlands near Leyogan.

I write, record, trespass in and among their lives.  My astonishment endures at the leathery bare soles of feet, feet as thick as an elephants, feet that fit no shoes. 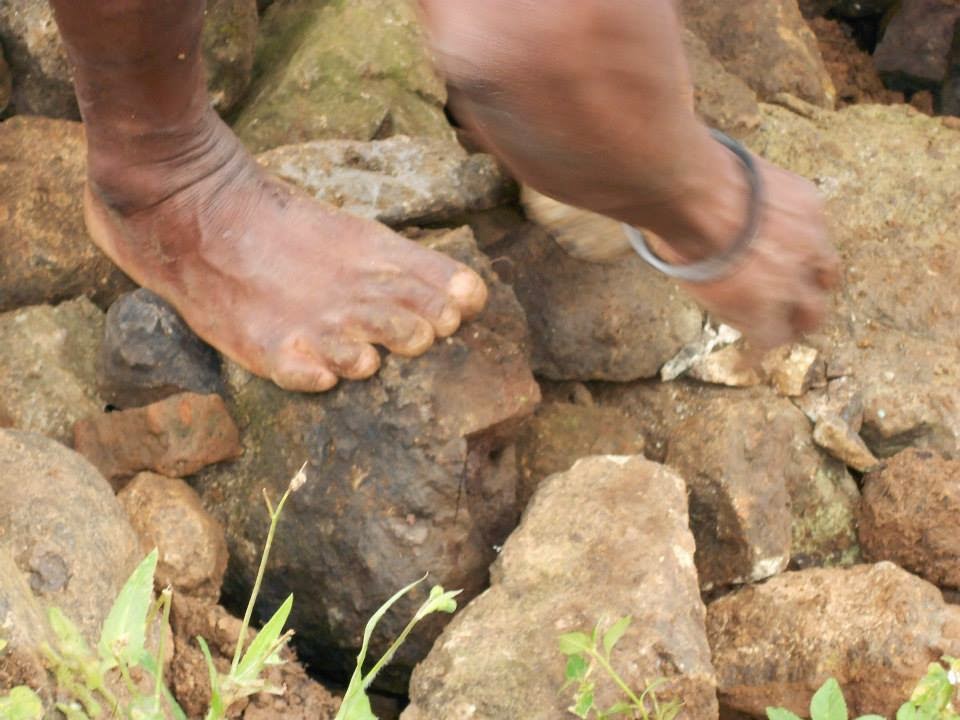 My wonder at how Haitians get by, living on air, it seems.  The stuff they don’t have, don’t need.  The stuff I thought I, we, couldn’t live without.  My realization that three meals a day are culturally prescribed, not mandated by biology nor mandated for health.  How little water they drink, use!  How cauldrons may be scrubbed with sand, gravel,  leaves. 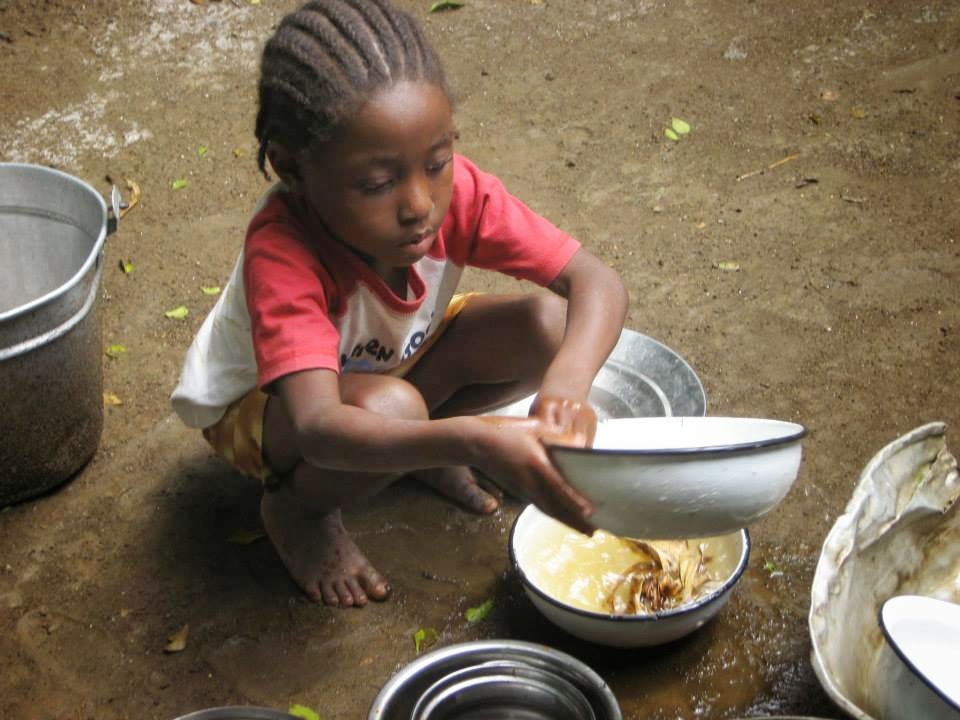 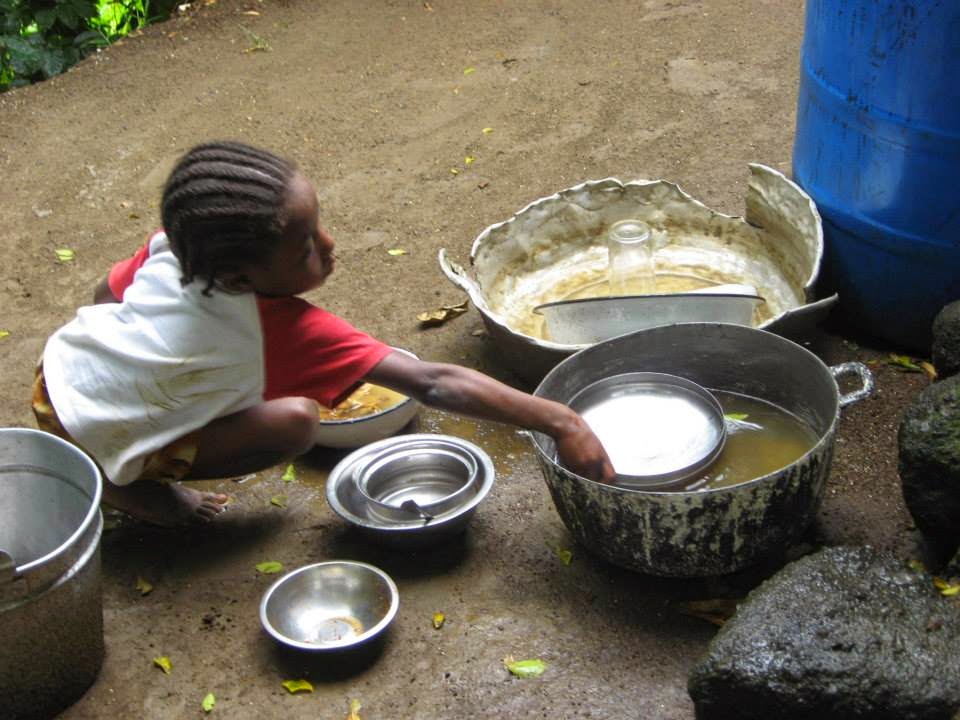 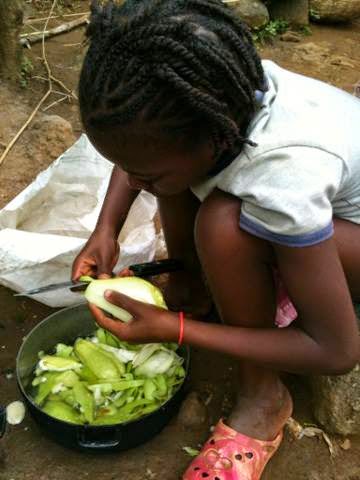 How superfluous is soap, shampoo, toothpaste!

In these mountains, my neighbors make their own soap - probably in a fashion dating back to the 18th century.  They acquire - buy, beg or borrow - grey bars of soap substance, then work it, form it into a ball. But they covet our soap, scented, smooth and above all, modern. 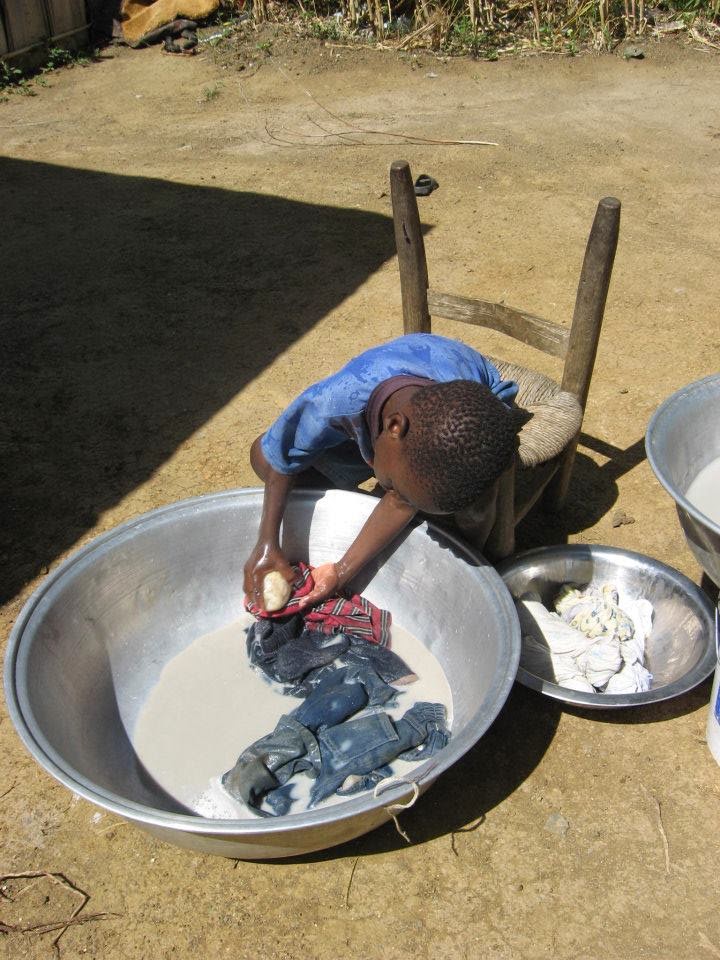 I work, scribble furiously on my yellow pad.  I look up and the boys are still their. 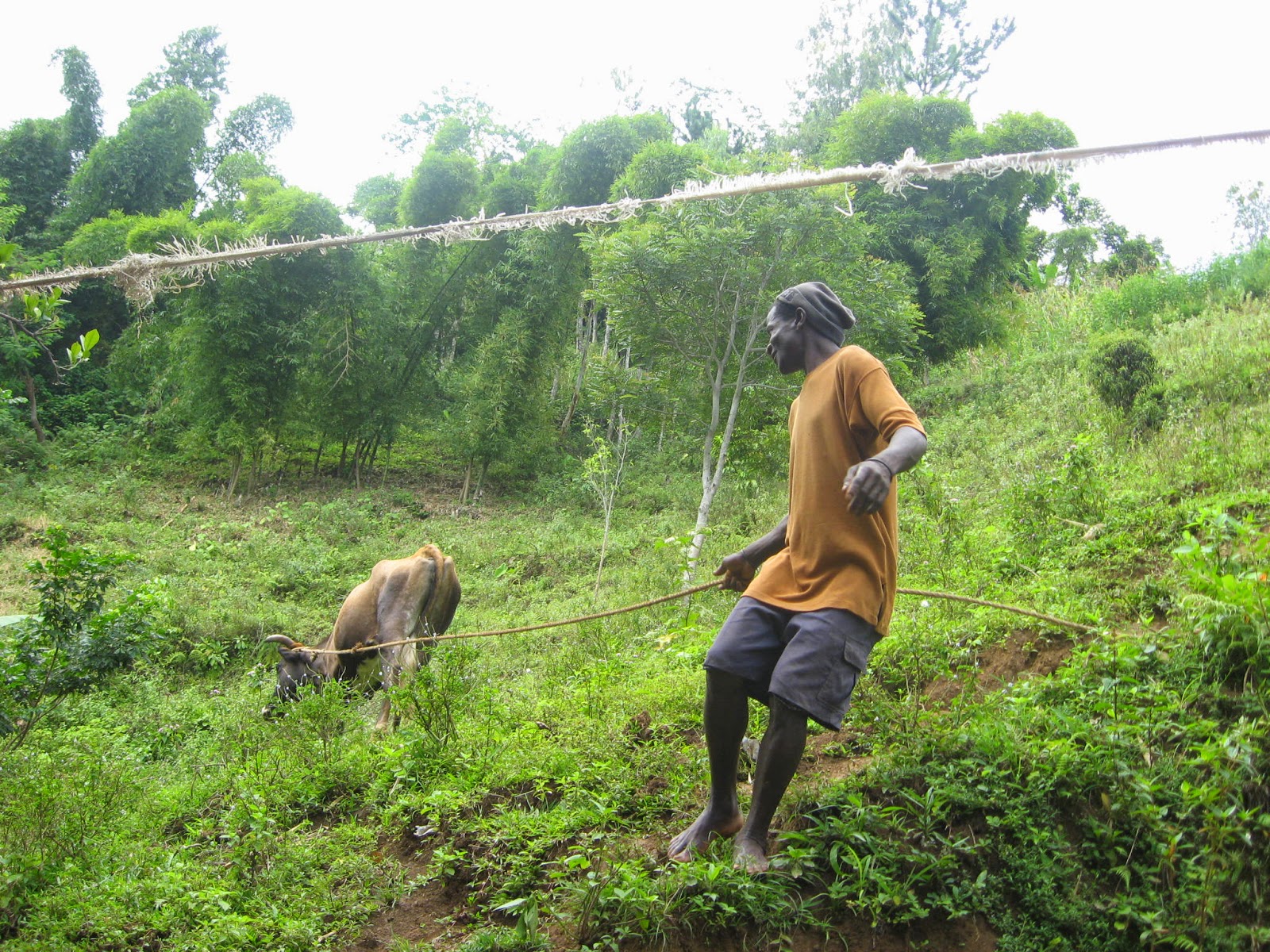 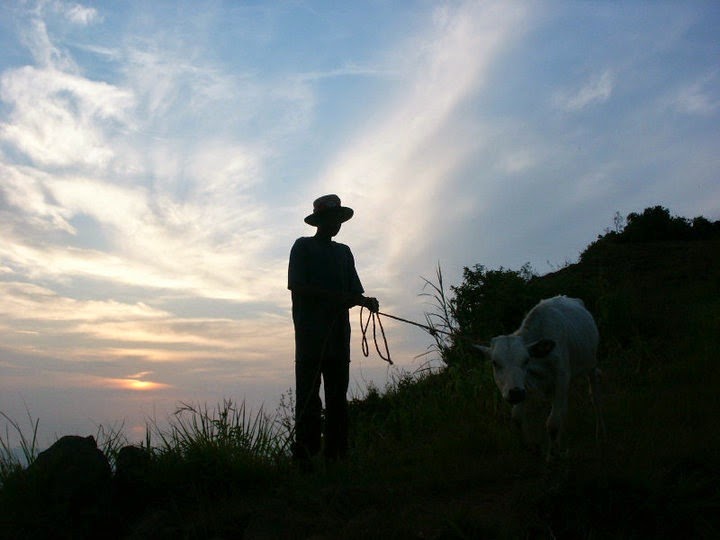 I work, tussle with words, Kreyol, translations, trying to find meaning in the mundane, the mediocre. 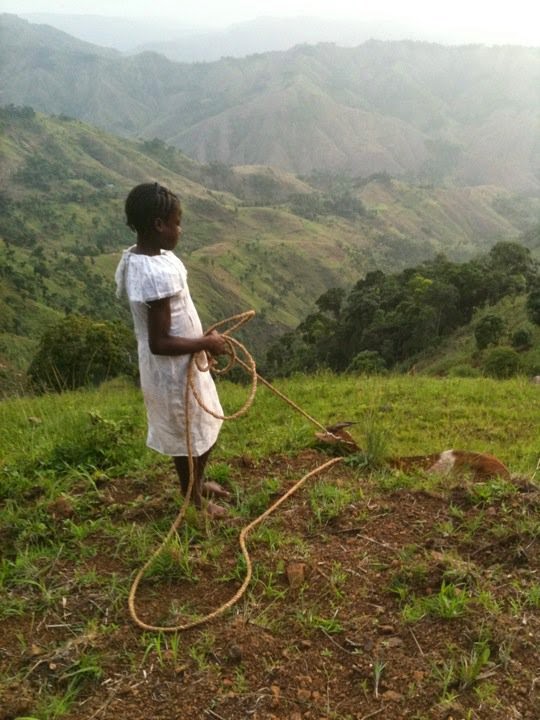 Fanisse peers in through an open window, a gaggle of girls sits around at an open door.  I work - that is, I try to write and ignore them.  Adults will come in and set themselves down as well.  There’s no need for small talk, but, I feel awkward.  A need to fill the silence, to acknowledge their presence?

I feel badly, ignoring them.

I feel badly staring at my lined, yellow pad, waiting for my notes, descriptions, thoughts.  The people sit and lean on my rickety chairs, they talk to one another loudly.  I eavesdrop, catching a familiar word or two, a word I recognize,  phrase I want to understand.

But I continue to scratch at my pad.  Later for them, I tell myself.   I have to record. 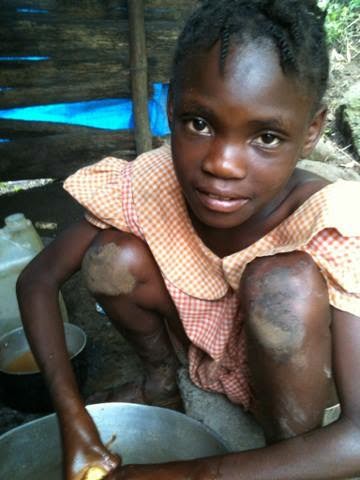 An ear of corn, ready or not, can usually be thrown on a fire and eases some hunger pangs. 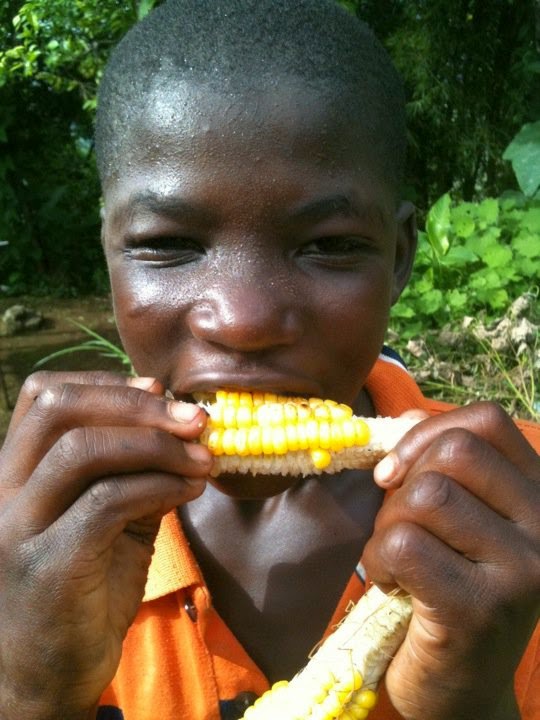 More scribbling on yellow pad.  My guests lean back in their chairs.  They say nothing.  They just…chill.

I wish…they would go!  But I just ignore them, stare at what I’ve recorded, try to recall some additional factotum that would spice up the narrative.

They lean forward to glance at my writing.  They giggle.

I look up from my pad.  Sorel and Sonel grin expectantly.  Sorel digs a toe in my dirt floor.  Sonel, somewhat older, stronger and tougher is a cousin, the son of Sorel’s father’s brother.

Sonel has lived with Sorel (a cousin, I suppose) and his 8 (9?) siblings since birth; his mother died in childbirth and his Dad went off to find work in Guadelupe.  Sonel is like all of the other brothers except…He has a bit of a cruel, mean streak.   He is small for his, what, already 17 years?  Wiry, sturdy, strong.  He has held my hand and gripped me tight in many treks up and down these mountains.  He has been helpful.
And yet…

“M travay, “ I say again, as if this explains my indifference. “I’m working.”

Toma, my young colleague, my aide-de-camp, my “culture broker” as I say about his role these past 15 summers - Toma later tells me, “Madame Randy, here, when we work, it is with a pikwa,  ak machet, ak digo, not with pen and paper.”

Writing, record, my “work,” is not work to them.  For them, work is done with a pick axe, a scythe and a machete. 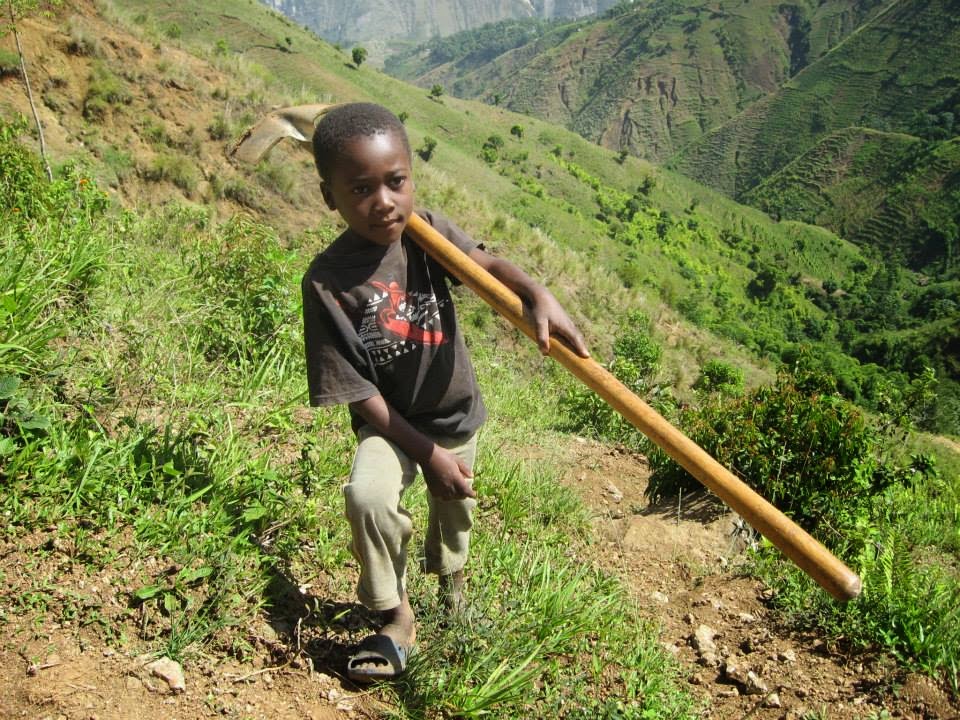 I feel … shame? I am able to get by without the sweat of my brow, but rural Haitians only survive to dig, plant, weed and harvest in their teren, fields from day to day. 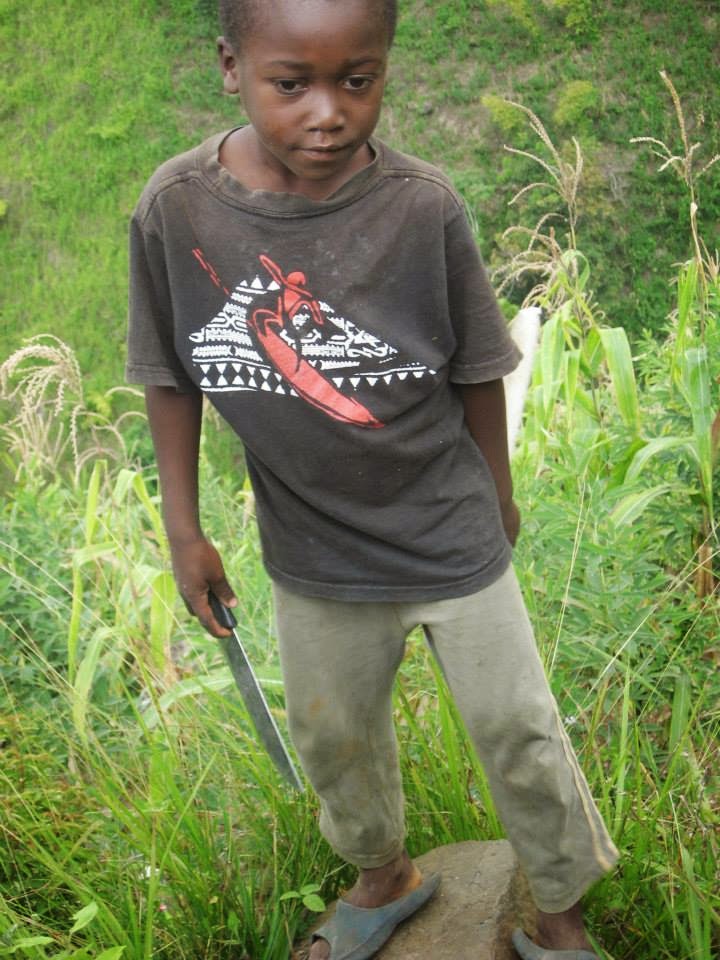 Sonel and his mean streak. Understandable, perhaps - he grew up without a mother, having to combat his way with his uncle’s 5 or 6 sons, all under the same rood. Local needs capitalized on Sonel’s strengths in this domain:  Sonel gets work as a butcher.

He isn’t actually very good at it, Toma tells me, he doesn’t slaughter an animal in the most humane way, says Toma.  But that’s his work.

Sonel has his fields, and his specialized work as an occasional butcher - he’ll never starve.  Watkliffe, too frail to be much use in the fields, has been trained to do laundry.

And I have my writing, and a parachute... 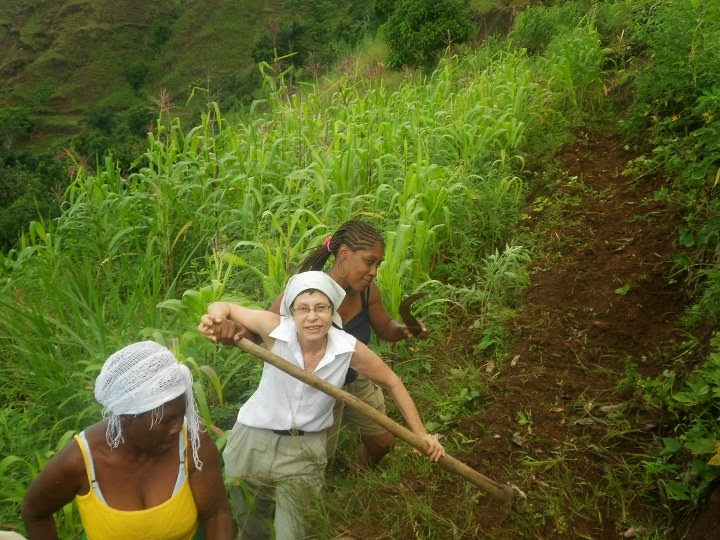