Few are aware of the impact and extent of destruction in the remote hills of Haiti, Zoranje zone, 6eme seksyon Leyogan. No flooding but high winds, mud blocking the paths and recently-created road, stranding the community for more than a week. The River Momance ran high, so route to Dabon was impassable. Livestock, roofs, homes gine. No loss of life, just the challenge for the living to go on, and pick up the pieces.

Before the storm, in August, Bos Andre and our neighbors loaded up compost, kaka bet from Liswa's mule park and built a pepinye a l'air - a raised-bed nursery for seeds.  They put in tomatoes, beets, peppers and...success!

IF PEOPLE FALL CAN THEY NOT ALSO RISE?

"If people fall, can they not also rise?
If they break away, can they not return?
The stork in the sky knows when to migrate,
the dove and the swallow know the season of return.
What human instinct knows the time to trun back?
What cue sparks the conscience of the soul?
We pray to sense this day anew,
attuned to the call of sacred living."

Poem inspired by verses in Jeremiah 8:4,7 -
by Rabbi Elyse Frishman,
in Mishkan T'Fillah, a Reform Siddur

IF PEOPLE FALL CAN THEY NOT ALSO RISE?

"If people fall, can they not also rise?
If they break away, can they not return?
The stork in the sky knows when to migrate,
the dove and the swallow know the season of return.
What human instinct knows the time to trun back?
What cue sparks the conscience of the soul?
We pray to sense this day anew,
attuned to the call of sacred living."

Poem inspired by verses in Jeremiah 8:4,7 -
by Rabbi Elyse Frishman,
in Mishkan T'Fillah, a Reform Siddur 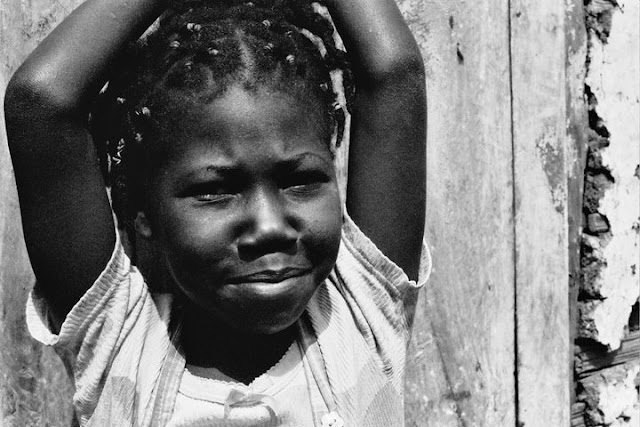 If Pigs Could Fly - Haiti cooks for the schools!

Our school snack program started out as Mamas Makin' Mamba.  When peanuts were cheap and plentiful, our crew of 6 would roast, grind, smash, stir and beat up fresh peanut butter and serve on locally-made kassava bread or biskwit (kind of like hard tack from the whaling days!)

Recently, the price of peanuts has made this effort impractical.  The team decided to fall back on a very traditional - and popular - snack of fried dough, patay. They put a bit of stuffing (green onions, watercress and sometimes anchovy paste or dried fish) inside and fry the dough in a deep fat fryer.  Fried food is considered a delicacy; most food is boiled...and boiled and boiled.


Currently, this school feeding program, the veterinary care project and the access to water effort are the three main areas of our work in the mountains above the plain of Leyogan.

Problem at the Pump! Help Keep us Afloat on Mon Bouton 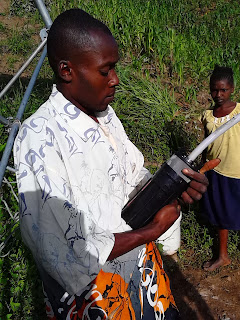 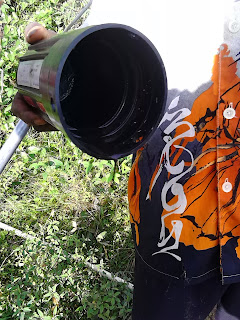 "Arise, my darling, my beautiful one, come with me." 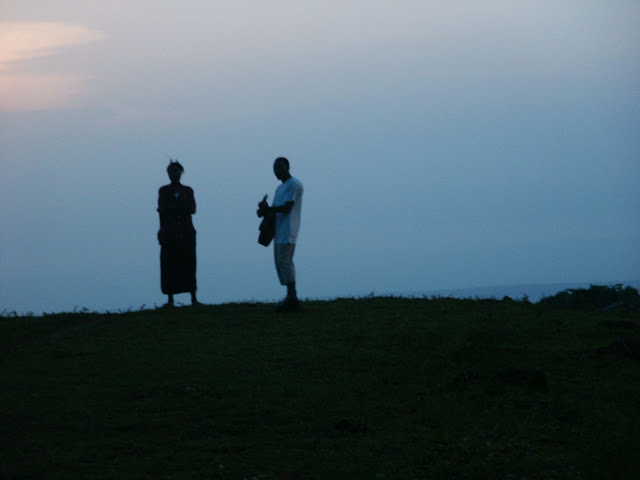 My beloved is mine and I am his;
he browses among the lilies.
My beloved spoke and said to me,
“Arise, my darling,
my beautiful one, come with me.
See! The winter is past;
the rains are over and gone.
Flowers appear on the earth;
the season of singing has come,
the cooing of doves
is heard in our land.
Arise, come, my darling;
my beautiful one, come with me.”
You have stolen my heart, my sister, my bride;
you have stolen my heart…
Until the day breaks
and the shadows flee,
I will go to the mountain of myrrh
and to the hill of incense.